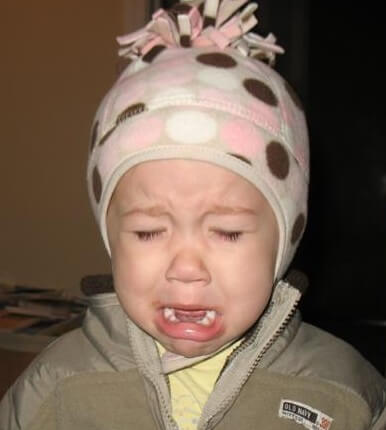 Have you ever witnessed a toddler meltdown in public? It’s something to behold. In my experience, the more public the place, the louder the tantrum. A toddler’s voice carries. It carries from the front of an airplane to the back; from the camping aisle in Target to the toiletries.

Small business owners often make the mistake of assuming that their brand voices are drowned out by the voices of bigger brands. But like the toddler on the plane, small business brand voices can pack quite a punch.

Before the days of social media, if a customer had a particularly good or bad experience, he or she might tell five or ten people – mostly close friends and family.

In the cases of good customer feedback, that’s great. When it’s bad feedback; yikes. (Anyone remember the “United Breaks Guitars” music video that got 12.5 million hits? The song is stuck in my head right now.) Small businesses – which are oftentimes under-staffed and overwhelmed – are especially vulnerable to customer-interaction blunders that have the potential to go viral.

For example, take Cooks Source, a small regional food magazine in New England. In 2010, the magazine’s editor chose to reprint an article she found online without the author’s permission. The author emailed the editor asking for an apology and received this response (in part):

“If you took offence and are unhappy, I am sorry, but you as a professional should know that the article we used written by you was in very bad need of editing, and is much better now than was originally.”

Maybe the editor lifted the article because she was strapped for time and resources. She could have responded by explaining her circumstances and offering the author compensation – or better yet, a heartfelt apology. Instead, her “apology” was insincere at best and insulting at worst.

Customers care how others are treated. The author released the editor’s rude email, it spread through social media channels, and public outcry was fast and furious; Cooks Source was out of business a mere two weeks after the incident went viral. That’s right: a business shut its doors because its leader was unconcerned with how far her “insincere” brand voice would carry.

That’s the thing the toddler always has on his side: sincerity. He might scream when he is forced to sit; he might throw his sippy cup at your face when you dare to offer water instead of juice. But after a quick timeout, he is liberal with hugs and offers an apology and a sweet smile. He makes mistakes – but he learns from them. Businesses should do the same.

If you find yourself in the middle of a communication-gone-wrong viral storm, remember that honesty and sincerity will go a long way in helping you pry the proverbial foot out of your mouth. And if you’d rather just head off these issues before they start, call us! We can help.